At the “Vasile Goldiş” Western University of Arad, students are not only beneficiaries of educational services, but active partners in the management of student academic quality.

In accordance with the “Student Statute” and the “Regulations for the election and revocation of students in the positions of representation” students are voting members in the Faculty Councils and in the University Senate, with a representation percentage of 25%. 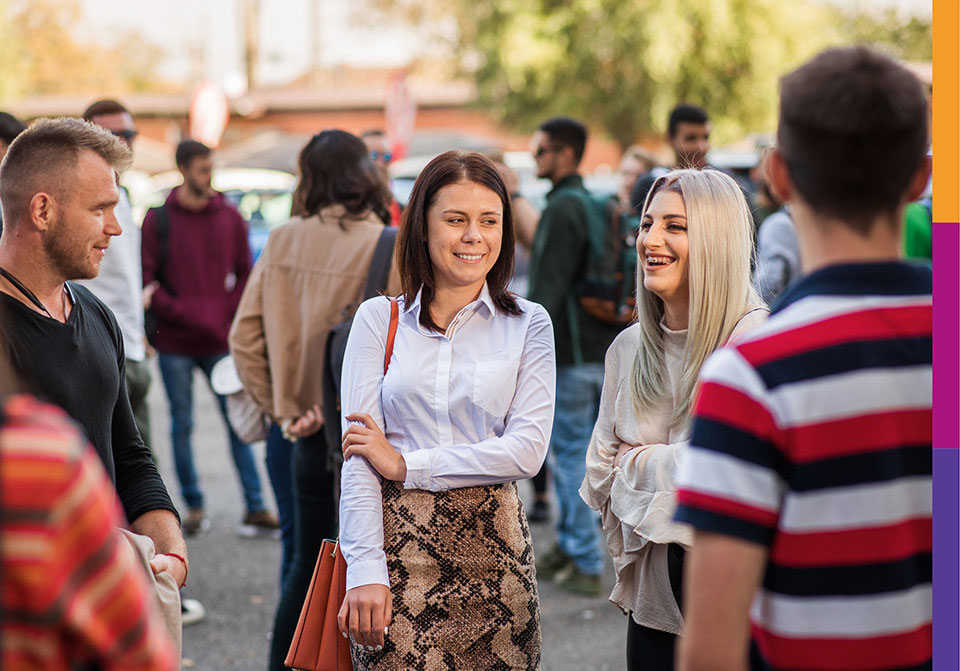 At the “Vasile Goldiş” Western University of Arad, students are not only beneficiaries of educational services, but active partners in the management of student academic quality.

In accordance with the “Student Statute” and the “Regulations for the election and revocation of students in the positions of representation” students are voting members in the Faculty Councils and in the University Senate, with a representation percentage of 25%.

– “VASILE GOLDIŞ” STUDENT ORGANIZATION (Civil Sentence no.29/30.01.1998);
– STUDENTS’ ADVISORY BOARD (with its own organizational and functional Regulation). 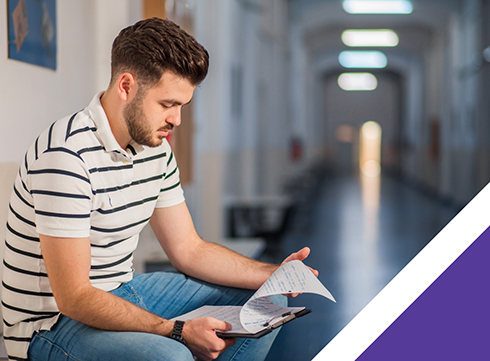 These bodies have joined the National Alliance of Student Organizations in Romania. Professional associations also operate in the university
students, with an important entrepreneurial contribution in the local community. Thus, the “Association of Medical Students” offers free medical services for the elderly and disadvantaged social groups.

Involved in the scientific research activity, the students carry out their activity in 53 student scientific circles. The scientific production in the student sections is validated within the “Arad Academic Days”, in the publications “Student Journal”, “Student Life”, as well as in the professional journals of the faculties. 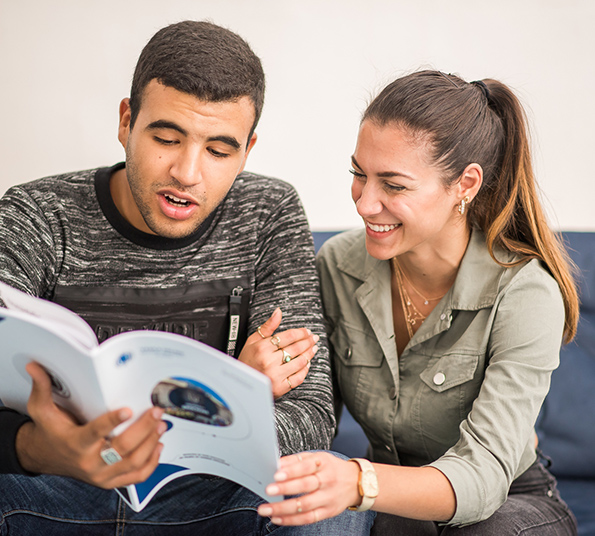 Along with the student artistic teams and the “Ikon” Photo Circle, there is a rich sports activity within the “University” Sports Club. It is worth mentioning the performances of some high-performance athletes who are “ambassadors” of Romania’s image in the world, being winners of European championships, members of the national and Olympic teams.
Students and graduates of the university, the Office of Vocational Guidance and Employment, offer opportunities in the part-time or part-time labor market.

Under the European Transferable Credit System, students benefit from mobility at home and abroad. Being a member of the Association of European Universities (E.U.A), as well as of the European Federation of Higher Education (F.E.D.E), the university students participated in European student competitions and projects.

The first year of operation, starting with the academic year 1990-1991, the number of students has constantly evolved.
Along with the numerical evolution of the students, it was noticed the increase of their contribution in the management of the institution, this materializing through the participation of students in the University Senate and the Faculty Councils, with a representation percentage of 25%, but also through the contribution made by the Student Advisory Council. body that was established in the academic year 1997 – 1998, as well as through the Student Organization “Vasile Goldiş” (civil sentence no. 29 / 30.01.1998).

The students were also trained in the academic quality structure through the Program – Pro Academic Quality – their entire activity is carried out based on the Statute and the Student Regulations.
The students are involved in the entrepreneurial relations of the institution participating in scientific research topics contracted with socio-economic environment and obtaining performances that consolidate the prestige of the Arad academic environment in the country and abroad.
The University, through its student editors, has constantly contributed in recent years to the development of the local media (daily, InfoTv, TV Arad in which the University is a shareholder and founding member).

The students of the “Vasile Goldiş” Western University enjoy a complete social offer:

Students are offered the following social services free of charge:

The University also has professional student associations: the Association of Medical Students, the ELSA Association of Students from the Faculty of Law.
The student scientific activity of the 53 student scientific circles is capitalized annually in the Arad Academic Days, in the sections dedicated exclusively to students, but also in the specialized magazines “PRO LEGE”, “ARADUL MEDICAL”, “PERSPECTIVE”, “ECONOMIA MILENIULUI III” , “STUDENT JOURNAL”.

The Association of Medical Students of Arad within the Western University “Vasile Goldiș” has as main purpose the promotion and defense of professional and social interests of its members and their freedom of opinion, affirmation of real human values ​​and representation of medical students in relation to civil society and the community. academia and the establishment of a framework for action and a platform necessary to fulfill the causes for which it militates.

The objective of the Arad Medical Students Association is to unite a united group, formed among medical students of the Western University “Vasile Goldiș” from Arad, teachers and doctors graduates of this university, but also non-medical members, supporters of the cause of the Association, eager to involvement, affirmation and personal development. The necessary financing for the activity is provided by the Western University “Vasile Goldiș” from Arad, sponsorships and donations, but also through public institutions by allocating non-reimbursable funds for the proposed projects.

For its activity in 2012, the Association of Medical Students of Arad was awarded at the Health Gala held in Bucharest with the 3rd place in the category “The most active association of medical students”. The projects “Health Week in Arad” (2012), “2013, Year of Health Prevention in Arad”, through which more than 6000 patients were investigated free of charge, and 3000 students benefited from the program “Education between medical students and pupils, education among equals ”,“ County screening for the prevention and early detection of cardiovascular diseases and diabetes ”(2014) and“ Prevention in health in Arad county – 2015 ”were designated, during the National Volunteer Gala, among the five most important projects in the field of health for the last four consecutive years.

Hundreds of students and teachers at the Western University “Vasile Goldiș” in Arad are actively involved, year after year, in carrying out these large-scale community involvement projects, through which over 20,000 patients have benefited in recent years from free medical tests. .

The UVVG Student League (in short, L.S. U.V.V.G.) is a student organization that operates at the entire university, represents and defends student rights, organizes student projects and activities on a wide range of profiles.

In accordance with the provisions of Government Ordinance no. 26/2000 regarding the associations and foundations, with the subsequent modifications and completions, of the Decree no. 31/1954 regarding individuals and legal entities, the Vasile Goldiş Student Organization was established, according to the civil sentence no. 29 / 30.01.1998, subsequently “UVVG STUDENTS LEAGUE” according to the civil sentence, file no. 4783/55/2013, created to defend and promote the rights and interests of students at the Western University “Vasile Goldiş” in Arad, regardless of gender, religion, nationality or political beliefs, by all legal means at its disposal.

The main purpose of the League is to represent, promote and defend the academic, professional, social and cultural rights and interests of students at the Western University “Vasile Goldiş” in Arad, development, development of specific programs in the field of training, education, student education and other categories of young people, through its representatives in the various forums, as well as to facilitate their contribution to the development of Romanian education.

They can become members of the L.S. U.V.V.G. any student who is enrolled at the Western University “Vasile Goldiş” in Arad, regardless of education, age, nationality, sex, race, religion, political affiliation, etc.

All members of L.S. U.V.V.G. they are equal in their rights and obligations to the League.

The Association of Computer Science Students from the Western University Vasile Goldiș Arad (ASI UVVG) initiates and cultivates collaboration relations with environments and student organizations that operate within the national education system, in general, and in IT education,
in particular; Collaborates and conducts joint projects with national and international non-governmental organizations to promote IT.